Brief: To create a place for beer enthusiasts to come together and share knowledge and taste.

Solution: Creating a bar concept as an extension of the beer exhibition.

With the success of the temporary exhibition 'Öl' at Spritmuseum, the museum was looking at new ways to invite, and cater to, the rising amount of beer enthusiasts in Sweden.

The opportunity arose with the planned rebuilding of the museum's outdoor bar.

“Ölbryggan”, as it was to be called, was seen as an extension of the beer exhibition, and a concept which purpose was to further establish Spritmuseum as a hub for Sweden's beer lovers. It was to be a place for people to come together and share their knowledge of, and taste for, beer.

The result was a social space with emphasis on dialogue, using wood, industrial shelving systems, greens and the surrounding water. A place which further develops an understanding of beer and its components in an inspiring environment. 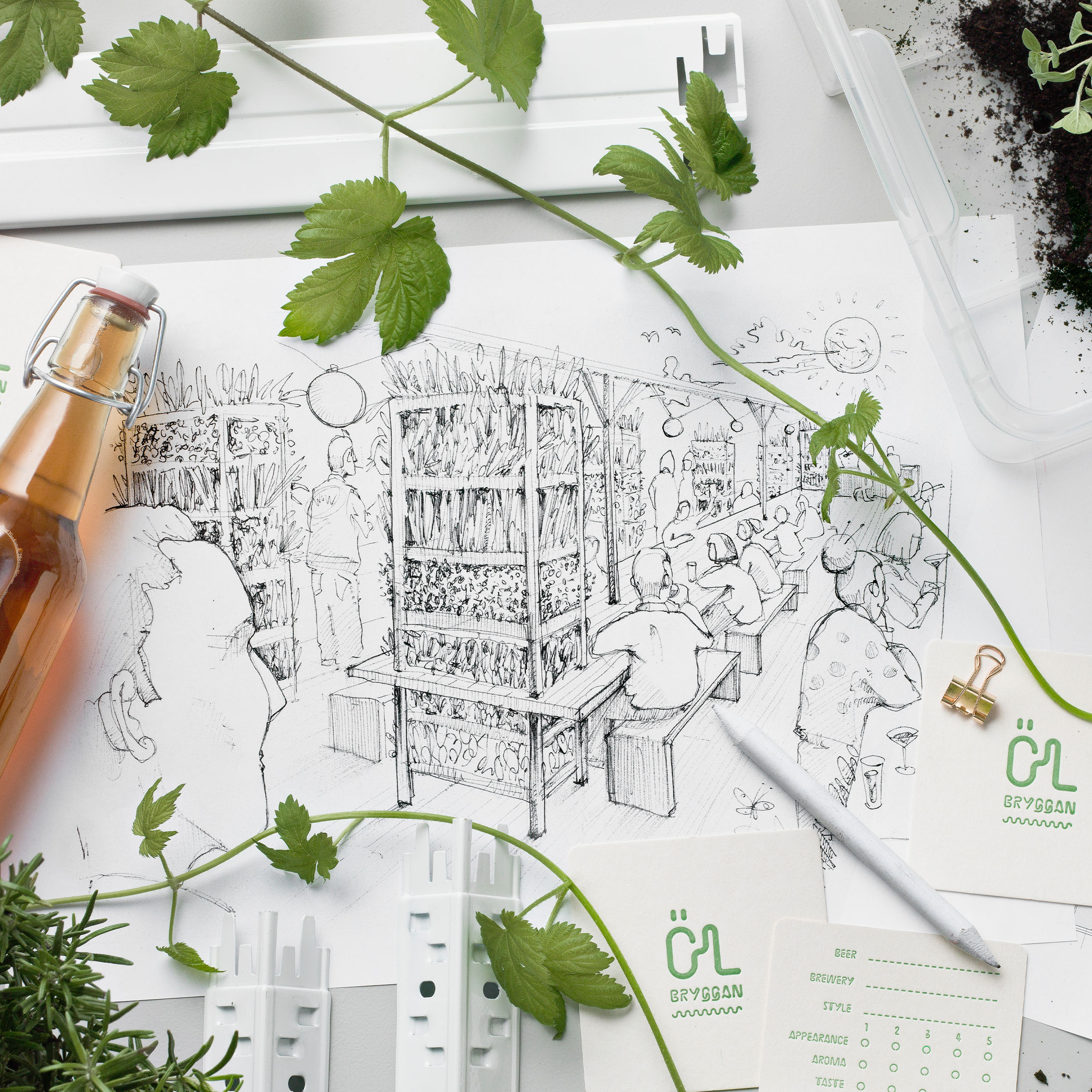 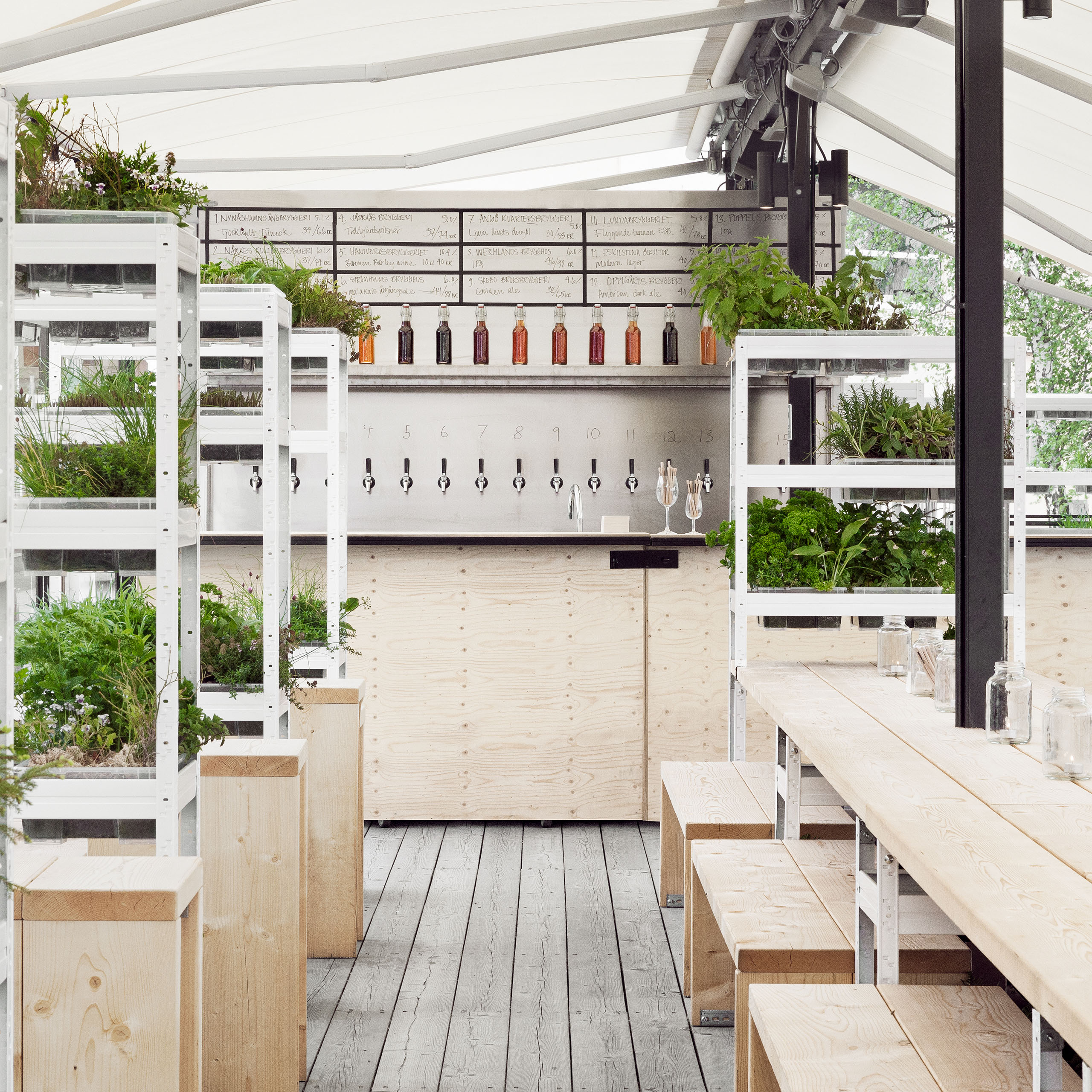 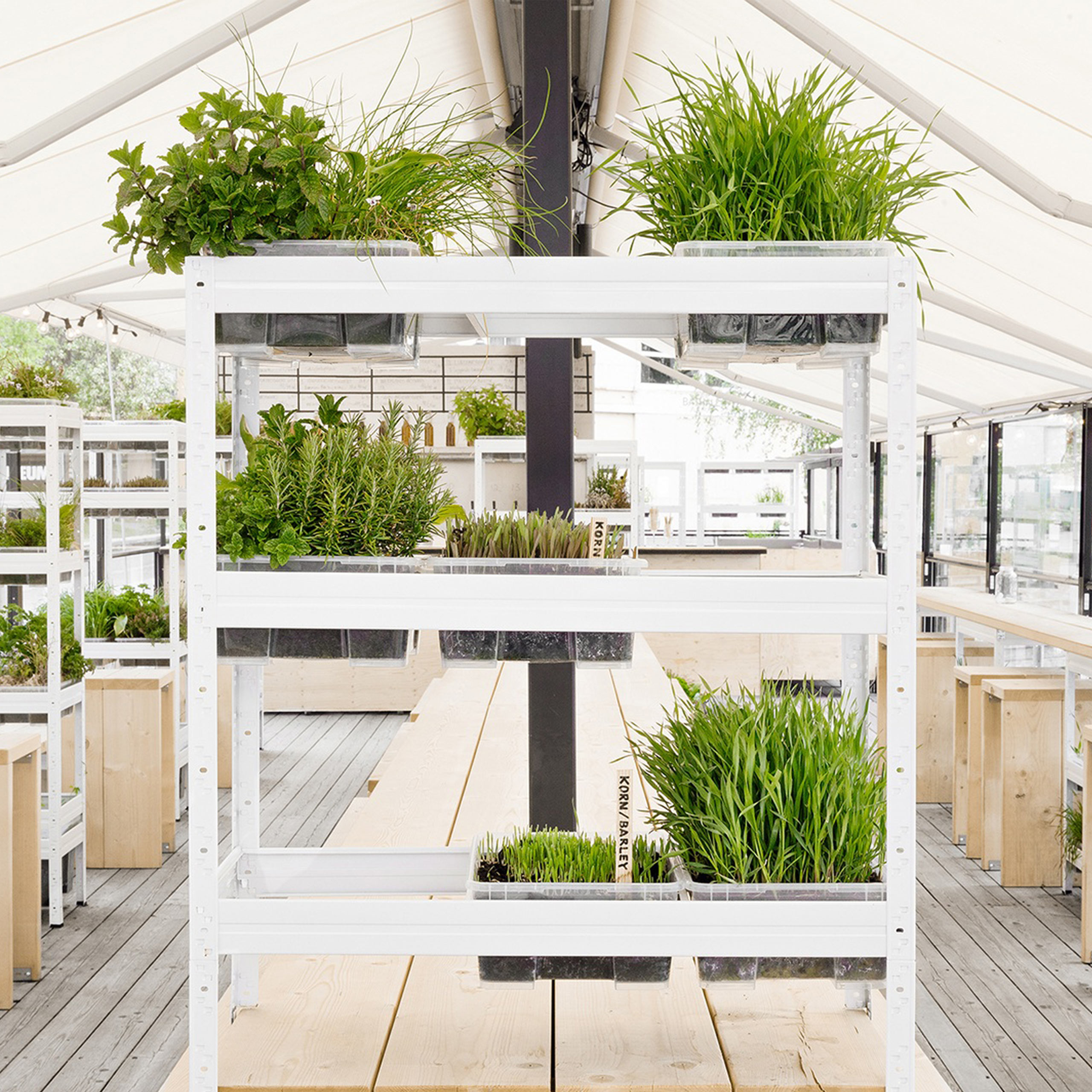 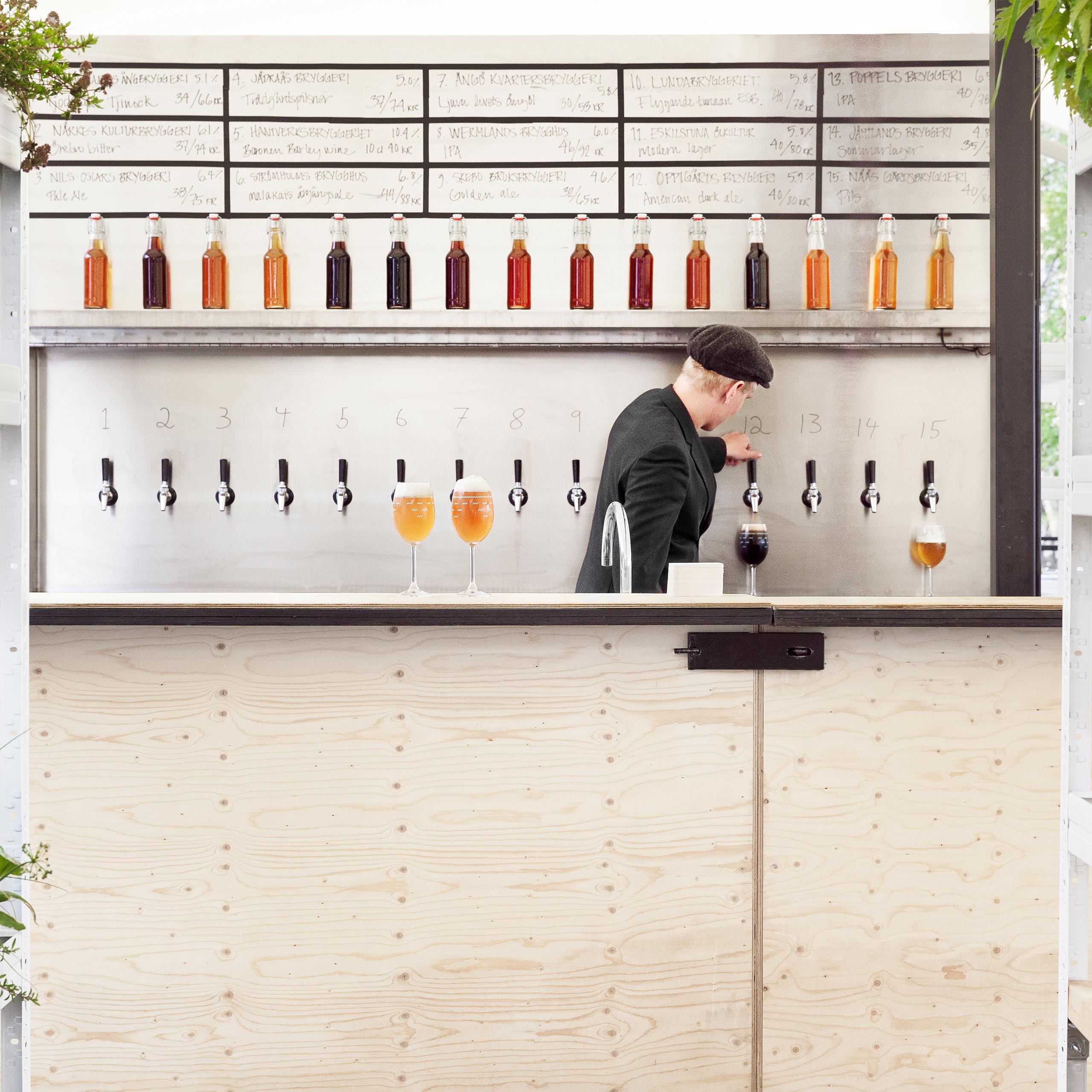 The concept for the bar was to create an urban garden, inspired by home brewers - illustrating that the possibility of cultivating most beer components is not geographically limited.

Different types of barley and hops were planted in simple plastic containers, fitted into the shelving systems that served as a constructional foundation, as well as table dividers.

In the stainless steel bar, different micro breweries around Sweden were invited to host bar takeovers, and serve their selected meny of beer.

On the backside of each coaster, the visitors could rate the beers they sampled that evening.

Even branded beer glasses were produced for the bar and its visitors with swirly prints, to tie together the garden with the surrounding waterside.

Spritmuseum was in 2015 awarded “Beer Developer of the year“ by Carlsberg at the Swedish Restaurant Gala. 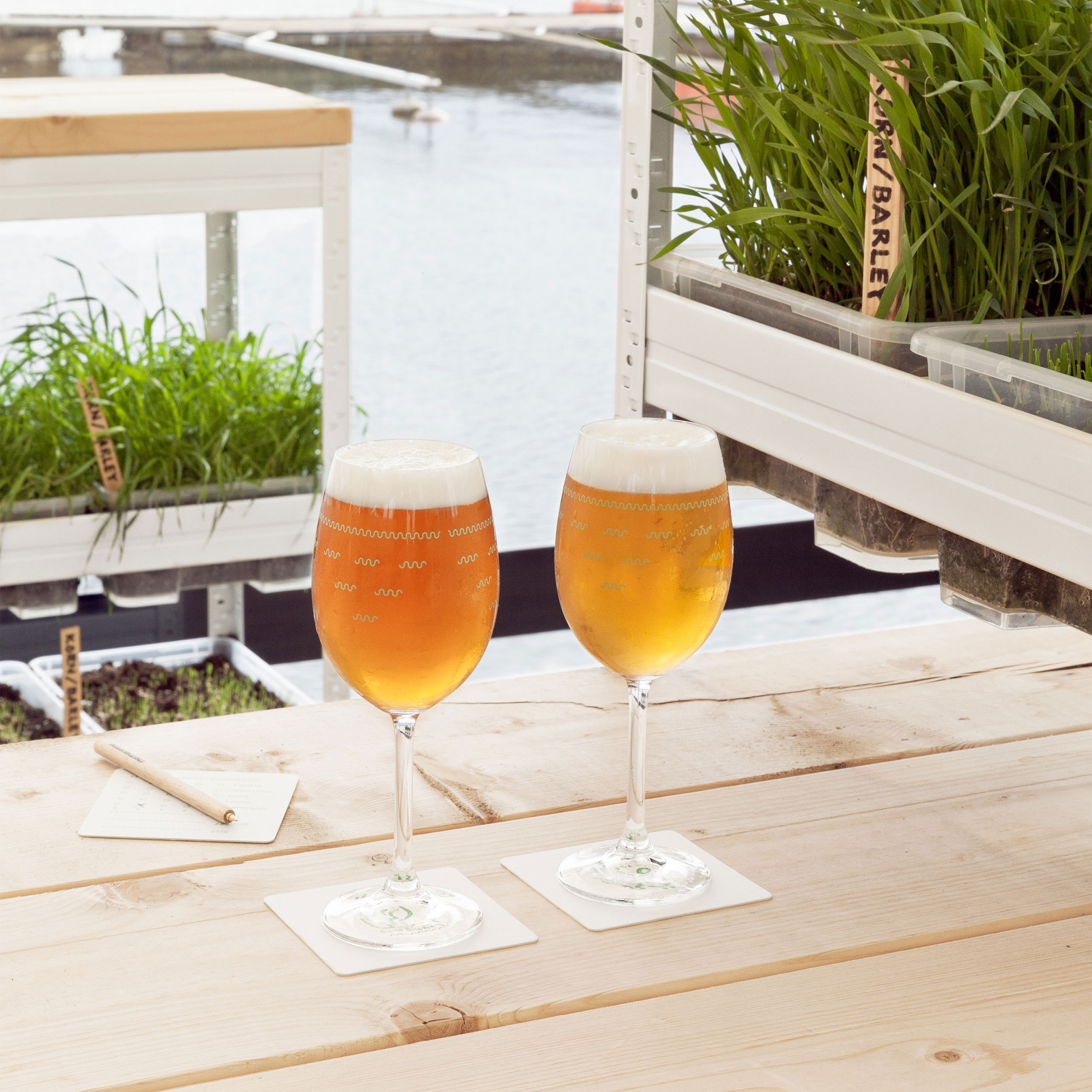